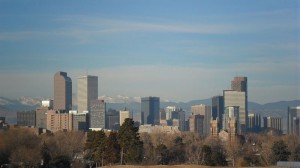 DENVER – The Federal Aviation Administration is investigating a mystery in the sky. A mysterious object flying over Denver nearly caused a mid-air collision Monday evening, 9Wants to Know has learned.

As far as investigators know, the mystery object did not show up on radar Monday.

Investigators believe this object, whatever it is, could pose a serious safety hazard to planes.

The corporate jet, a Cessna Citation 525 CJ1, was flying at 8,000 feet above sea level over Cherry Creek when the mystery object came close enough to make any pilot nervous. . . . Read Complete Report