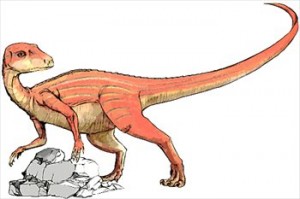 Stephen McCullah needed to raise $26,700 by May 11 in order to secure enough funds through Kickstarter.com to, well, kickstart his expedition to the Republic of Congo to hunt a reported living dinosaur.

When the deadline arrived, the 21-year-old adventurer and Missouri native had received pledges totaling nearly $29,000.

He’s now packing his bags and a powerful tranquilizer rifle — to bring down a possible dinosaur during what he has dubbed the Newmac Expedition. . . . Read complete Report

On May 1, 2012, Vance Nelson and Harry Nibourg were on site in the Amazon rainforest documenting pictographs said by secular archaeologists to be over 5,000 years old. Amazingly, one of the pictographs showed nine warriors hunting what appears to be a dinosaur. Did dinosaurs live recently in the Amazon? Watch and decide for yourself. . . . SOURCE