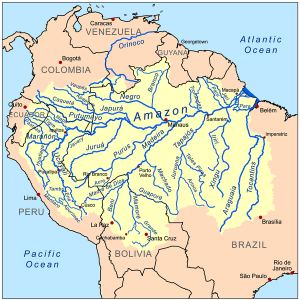 Covering more than 7 million square kilometres in South America, the Amazon basin is one of the biggest and most impressive river systems in the world. But it turns out we have only known half the story until now.

Brazilian scientists have found a new river in the Amazon basin – around 4km underneath the Amazon river. The Rio Hamza, named after the head of the team of researchers who found the groundwater flow, appears to be as long as the Amazon river but up to hundreds of times wider. . .  Read Complete Report