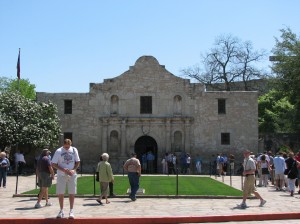 Category: The Humor of it All / Tags: drones shot down, folk hero, Texas