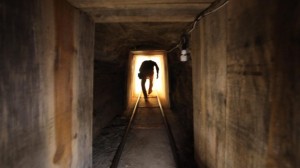 President Obama on Tuesday signed a bill that imposes stiffer penalties for the construction of illicit cross-border tunnels.

The signing of the Border Tunnel Prevention Act of 2012, “is one more step in the Obama Administration’s efforts to strengthen our nation’s border security to deter and prevent smuggling, trafficking, and illegal immigration, while safeguarding and encouraging the efficient flow of lawful trade, travel and immigration,” read a White House statement.

“I’ve seen border-tunnels first-hand in San Diego,” Feinstein said last month, according to a statement from her office. “They are much more than simple holes in the ground. Some of them have elevators, electric rail tracks, even a hydraulically controlled steel door.” . . .  Read Complete Report

Massive drug tunnel found between Mexico and US