Letter from California: A New Look at the Donner Party 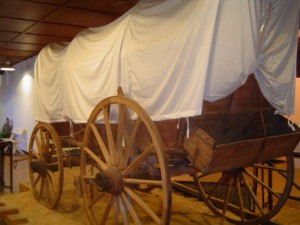 In late October 1846, an early snowstorm stranded 22 men, women, and children in Alder Creek meadow in California’s Sierra Nevada. The squall came on so fiercely and suddenly that the pioneers had just enough time to erect sleeping tents and a small structure of pine trees covered with branches, quilts, and the rubber coats off their backs. Living conditions were crowded, and their wool and flannel clothes were useless against leaks and the damp ground. As time passed, seasoned wood became so hard to find that the stranded pioneers, known as the Donner Party, were often without fire for days. Huddled under makeshift shelters, the migrants ate charred bone and boiled hides until they turned to more desperate measures to survive. Today the people of the Donner Party are remembered for cannibalizing their dead in a last-ditch effort to survive. . . . Read Complete Report