Robotics: A Mini Sub Made From Cheap Parts Could Change Underwater Exploration 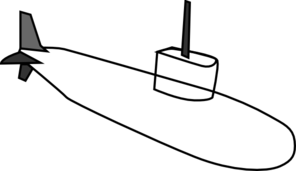 from The New York Times – Bits

This month, NASA engineer Eric Stackpole hiked to a spot in Trinity County, east of California’s rough Bigfoot country. Nestled at the base of a hill of loose rock, peppered by red and purple wildflowers, is Hall City Cave. For part of the winter the cave is infested with large spiders, but is mostly flooded year-round. Locals whisper the cave’s deep pools hold a cache of stolen gold, but Mr. Stackpole isn’t here to look for treasure.

He had, under his arm, what might appear to be a clunky toy blue submarine about the size of a lunchbox. The machine is the latest prototype of the OpenROV–an open-source, remotely operated vehicle that could map the cave in 3D using software from Autodesk and collect water in places too tight for a diver to go.

It could change the future of ocean exploration.

For now, it is exploring caves because it can only go down 100 meters. But it holds promise because it is cheap, links to a laptop, and is available to a large number of researchers for experimentation. . . . Read Complete Report