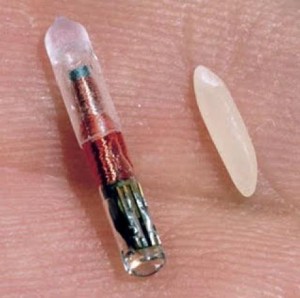 We have been warning about this human tracking device from back in the day when we first heard rumors that they were working on the technology. Well they have developed it, tested it on animals and humans. Now its time to get our minds right to accept it. Here is the first TV commercial, Come on Down! Be the first in you circle to volunteer for The Mark of the Beast. . . . EDITOR

posted by Now The End Begins Plus

The powers that run our present world system are pushing for all human beings to be implanted with an RFID chip on a level that is simply astonishing.