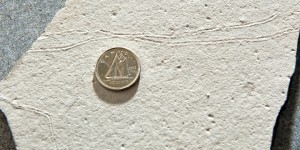 It will be interesting to see where this find and any information about it will go.  I’m sure the “establishment” scientific community will find fault with the finders aging of the find.

After all don’t they teach to future-geologists in college, that  here on earth,  the first  primitive animal did not crawl out of the muck until 20- million years after the claims of  these discovers regarding their find..

I can hear the “experts” of academia already, “Animals existing 585 million years ago? Sorry guys, but everyone knows that life was not here on earth that early. Your calculations and testing is all wrong. After all during the 19th century, the “the Age of Knowledge”,  everything there is to be known about the make-up of the earth and her history had already been discovered.

Our job, as today’s scientists, is to make any new findings fit old theories and discard those findings that don’t fit the known. These findings of animals existed 585 million years ago is based on tainted findings. It doesn’t fit into the truth. Ha!

If the real truth DID come out, what fun it would be watching the experts worm their way out of this! (Pun intended) . . . EDITOR

Photo: EXCERPT FROM ARTICLE CREDIT : Richard Siemens SOURCE
“A team of U of A researchers determined that the tracks were made by a primitive animal called a bilaterian, which is distinguished from other non-animal, simple life forms by its symmetry—its top side is distinguishable from its bottom side—and a unique set of “footprints.””

The discovery was made by U of A future  Ernesto Pecoits and Natalie Aubet in Uruguay. They found fossilized tracks a centimetre-long, slug-like animal left behind 585 million years ago in silty, shallow-water sediment.

U of A geologists found these tracks of the earliest animal life form ever discovered. Bilaterians, centimetre-long slug-like animals, left their mark 585 million years ago in shallow-water silt in what is now Uruguay. The U of A find predates all previous evidence of “first” animal life on Earth by 30 million years. . . . Read Complete Post