When does this madness stop.

Even an idiot can see that this so called war on drugs is a failure.

Of course, those of us who have been watching this phoney war since it started have seen enough paper documentation, video surveillance, whispered audio and blundering government 3 letter agencies  to know that the same people keeping the failed drug war on full-speed-ahead are the exact same people making the big bucks off of these drugs. In more ways than one. (Check GO DEEPER at the end of this post . . EDITOR

“The war on terror isn’t the only battle claiming innocent lives: the war on drugs in Latin America continues to rage on. In the past month, officers with the US Drug Enforcement Agency have shot and killed several innocent people in Honduras. To talk more about this, Adrienne Pine, professor at American University,joines us.” . . youtube

Come on in to the”THEI Insider Virtual Theater” and get comfortable and watch the first full length documentary we are presenting in our on-site theater, “The Mena Connection”;  Bush, Clinton, Drugs, Money and Murder. It’s a good place to start when documenting our governments shady involvement in the War n Drugs. 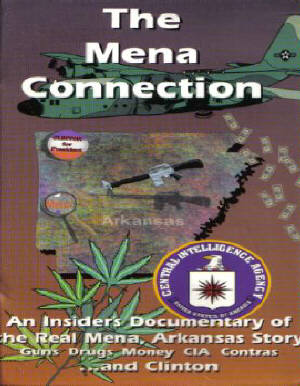 It’s a long presentation but I promise you’ll not get bored… even if you think you know the story some of the information will surprise you.

Like the skeptic always says: “Extraordinary claims must have extraordinary proof”. To put that kind of proof together takes time.  Best if viewed in full screen mode . . . EDITOR