Finally the IRS Gets Audited! (w/video) 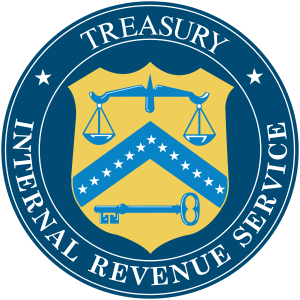 But I wonder, what is their reasoning behind the move. Ron Paul has been calling for an audit of the outlaw IRS Agency for at least 3 decades. Do you think that the strength of Ron Paul’s followers has put the fear of God in the Controllers and this move is to try and appease them? I do.

The problem is – will the audit be a real assessment or more of the same? At any rate, the man I feel we owe a deep gratitude for bringing this issue to a front burner is the only REAL Constitutionally conscious politician that we have had in our government in my lifetime. Thanks Dr. Paul. I have voted for Ron Paul every time he has ran and will be writing his name on the ballot as a write-in candidate in this election.

People say I’ll be wasting my vote, but I’m use to that. I am proud of the fact that I have never voted for one of the Controllers 2 party puppets for president in my life and I’m too old to change.  I believe that anyone who votes for a Republican or Democrat, the two arms of the one party system, are the ones that will be wasting their vote, not I. Be it Romney or Obama, they both serve the same masters who seek to destroy our Constitution and country. And anyone who does not believe that I urge them to start their own personal research.  You can start by going back through our “Eyeballin’ the One World Order” Archive. In fact if you are one of those who believe that our country’s savior will be Mitt “the Vulture” Romney watch this video then decide again, “Romney Obama the Same.” . . EDITOR

from Ms No World Order

The federal agency that strikes fear into many U.S. taxpayers is getting a dose of its own medicine – as it is now the focus of a year-long audit for allowing illegal aliens to scam the system and bilk taxpayers out of billions of dollars every year.

Federal employees are blowing the whistle on the Internal Revenue Service, according to a report by Indianapolis television station WTHR-TV.

The scam involves the use of an Individual Taxpayer Identification Number, or ITIN –a nine-digit tax-processing number assigned by the IRS to individuals who are obligated to file a federal tax return but do not have or are not eligible for a Social Security Number. Illegal aliens may obtain an ITIN by sending the IRS documents such as original or notarized photocopies of birth certificates, driving records, voter ID cards, school records and vaccination records – all documents that are easily forged or falsely notarized. . . . Read Complete Report

This animated short film reveals the insidious and fraudulent nature of the Federal Reserve System. It explains basic concepts, historical facts, and ways out in a easy and fun to understand format.