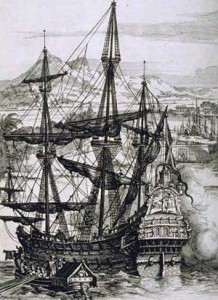 from the Local (Sweden)

Divers have recovered a number of 16th century silver coins from the wreckage of the legendary Swedish warship Mars, which was discovered last year off the coast of the Baltic sea island of Öland.

“The coins are in excellent condition and of great historic interest, especially considering where they were found,” the diving expedition organizers which found the wreck, Ocean Discovery/Deep Sea Productions, said in a statement, according to local news website Barometern.se.

According to the divers, the silver coins date from the time of Sweden’s King Erik XIV, who ruled over Sweden between 1560 and 1568. . . . Read Complete Report