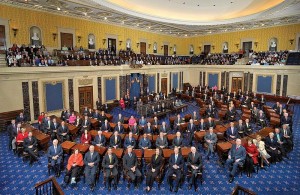 Boy the elitist internationals do not know what they are heading into when it comes to trying to infringe on our 2nd amendment right.  The United Nations has no right to become involved with our Constitutional rights. Instead of trying to destroy our freedoms by using our own weak politicians, maybe it would be more productive if some of them would go home, give their own people just half of what American’s have,  and solve their own problems. . . . EDITOR

As New York City plays host to a conference that will shape the UN Arms Trade Treaty (ATT) into final form, most 2nd Amendment supporters are concerned that stealth language or overly broad applications woven into the document will serve to separate Americans from their right to keep and bear arms. After all, why else would preliminary versions of the Treaty be so difficult to obtain and U.N. pre-conference position statements remain consistently absent from the internet?