Rise of Drones Poses Dangers for US Homeland (w/Video) 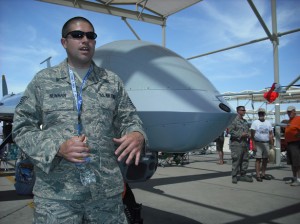 Who watches the watchers circling overhead in U.S. skies? Acongressional hearing on the possible risks of domestic drones lamented the absence of the U.S. Department of Homeland Security and its failure to step up to take responsibility.

Homeland Security officials told Congress that their duties don’t cover the domestic use of drones in the U.S., according to U.S. Rep.Michael McCaul, a Republican from Texas and chairman of the subcommittee hearing of the U.S. House Committee on Homeland Security. But McCaul worried that the agency was “reverting back to a pre-9/11 mindset” with a “lack of imagination in identifying threats.”

“It should not take a 9/11 style attack by a terrorist organization such as Hezbollah or a lone wolf- inspired event to cause DHS (Department of Homeland Security) to develop guidance addressing the security implications of domestic drones,” McCaul said in his opening remarks on July 19.

Today’s usage of drones in the U.S. remains limited to the law enforcement, border patrol, firefighting and weather or scientific research. But the Federal Aviation Administration plans to allow non-government drones to fly nationwide by 2015, starting with the selection of six test sites this year. . . . Read complete Report

The House Homeland Security Subcommittee held a hearing Thursday about the domestic use of drones. Rep. Michael McCaul expressed concern that drones not only could be hijacked and flown against a target, but also pose other safety issues. (July 19)