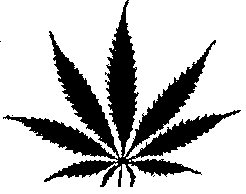 Oakland — Hundreds of supporters of President Obama turned out to see him at Oakland’s Fox Theater on Monday afternoon. They lined up for blocks along Telegraph Avenue for the opportunity to see President Obama as he traveled from one fundraising event to another. Before the First Motorcade passed them though, a march of several hundred people instructed them variously to “Smoke weed every day,” “Stop the madness, spark a spliff,” and demand that their candidate keep his promise.

Representatives of the two dispensaries joined Judge Jim Gray, the Vice Presidential candidate on the Libertarian ticket, a handful of Occupy Oakland regulars, and a community of cannabis patents in front of around one hundred supporters.

Specifically, the group’s plea was for the President and the Attorney General to intervene in Ms. Haag’s anti-dispensary fight. Behind this, they have Obama’s previous statements and what they have been led to believe was official Justice Department policy, as articulated by Holder. Candidate Obama said in 2007, “I would not have the Justice Department prosecuting and raiding medical marijuana users; it is not a good use of our resources. AG Holder has promised to keep the Justice Department’s nose out of medical marijuana establishments unless they “are acting out of conformity with state law.” . . . Read Complete Report

Hundreds of Medical Marijuana Supporters Protest Obama in Oakland as Feds Escalate Their War on Pot.

Cannabis and Cannibalism: The Return Of Reefer Madness In The Media? (w/video)