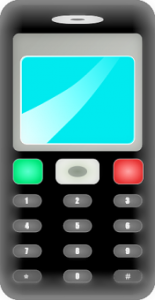 In November 2009, police officers in the state of Washington seized an iPhone belonging to suspected drug dealer Daniel Lee. While the phone was in police custody, a man named Shawn Hinton sent a text message to the device, reading, “Hey whats up dogg can you call me i need to talk to you.” Suspecting that Hinton was looking to buy drugs from Lee, Detective Kevin Sawyer replied to the message, posing as Lee. With a series of text messages, he arranged to meet Hinton in the parking lot of a local grocery store—where Hinton was arrested and charged with attempted possession of heroin.

Hinton wasn’t Sawyer’s only target. According to a court decision summing up the facts, “Sawyer spent about 5 or 10 minutes looking at some of the text messages on the iPhone; he also looked to see who had been calling. Many of the text messages that Lee’s iPhone had received and stored were from individuals who were seeking drugs from Lee.”

So Sawyer texted one of the individuals on the list and asked him if he “needed more.” The individual, Jonathan Roden, replied, “Yeah, that would be cool. I still gotta sum, but I could use some more. I prefer to just get a ball, so I’m only payin’ one eighty for it, instead of two Ts for two hundred, that way.” (The court helpfully explained that a “ball” is “a drug weight equivalent to approximately 3.5 grams.”)

But can cops legally do this with seized cell phones? When their cases went to trial, Hinton and Roden both argued that Sawyer had violated their privacy rights by intercepting, without a warrant, private communications intended for Lee.

But in a pair of decisions, one of which was recently covered by Forbes, a Washington state appeals court disagreed. If the decisions, penned by Judge Joel Penoyar and supported by one of his colleagues, are upheld on appeal, they could have far-reaching implications for cell phone privacy.