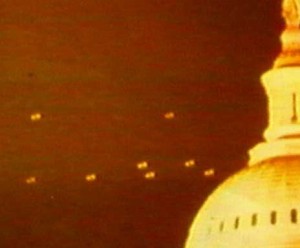 I realize most Americans still haven’t heard the news that Washington, D.C., has been a hot spot for covert alien activity since 1850. I must admit that even after researching and reporting on this subject for the past 7 years, I have repeatedly been surprised at the sheer number of UFO sightings in Washington. More importantly, it amazes me that this level of activity is simply ignored by the US government and the main-stream media. That is why I have continued to investigate this situation… because unfortunately no one else will.

However, as you will see below, covert alien activity is still occurring in Washington, D.C., as of 2012.