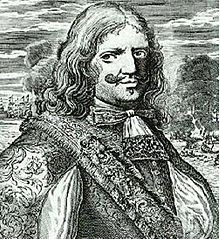 The belongings of a real-life Pirate of the Caribbean have been discovered off the coast of Panama and are set to go on show for travelers keen to see how 17th-century buccaneers lived.

The pirate was Captain Henry Morgan, of rum bottle fame, a Welshman who looted throughout the Spanish Main in the 17th century before losing five ships in the West Indies.

Fritz Hanselmann, an underwater archaeologist with the River Systems Institute and the Center for Archaeological Studies at Texas State University, found swords, barrels and chests belonging to one of Morgan’s ships after a three-year search.

“Morgan was one of the most infamous privateers of all time, so this was a chance to use archaeological research to bridge the gap between science and pop culture,” Hanselmann says.

The recovery follows the discovery of six of Morgan’s cannons off the Panamanian coast in 2010. . . . Read Complete Report w/photos

Henry Morgan – the real pirate of the caribbean : Documentary

“He was one of history’s shrewdest military minds, a human chameleon who combined brutality with personal charm. Latest underwater forensic techniques reveal the truth about history’s most notorious pirate, Sir Henry Morgan. Three years into his quest to find the real Henry Morgan, salvage specialist Klaus Keppler made a sensational discovery — battleships from Sir Henry’s time, the 1660s. The ships were lying in only 5 meters of water in the Caribbean Sea, off the coast of Haiti, all accessible and perfectly preserved. We join Keppler and his team as they scour the ocean floor and unlock the secrets behind history’s most notorious pirate. Lovable rogue, brutal mercenary, successful businessman, alcoholic and loyal servant of the British Crown, The Real Henry Morgan tells a tale that puts ‘Treasure Island’ to shame” . . . Posted with video.