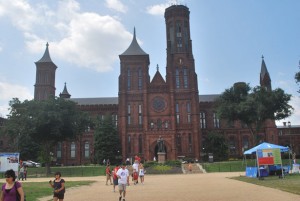 The Smithsonian claims to house in its collection more than 136 million artifacts, yet, when one inquires about any artifact or group of artifacts listed in old newspapers or scientific journals, sometimes the Smithsonian’s own reports. If those artifacts are not on display, they rarely can be found at all. I have no doubt that most of the artifacts or remains that have been sought by disappointed researchers are or were within the institution, but for decades certain classes of specimen are simply not available for study even by profoundly qualified researchers. The most repeated story of this type goes to skeletal remains of either North American giants or of North American pygmies. Dozens of newspaper accounts from the 19th and early 20th centuries describe such remains being excavated, packaged, and sent to the Smithsonian by archaeologists who were either directly dispatched by the institution or had some close tie to it.

Many people both within and outside of the Smithsonian say that the institution is not a government body so therefore Freedom of Information Act requests (FOIA) would not apply. However, the Smithsonian Institution was established by an act of Congress, regardless that the initial funding was a bequest. While the Smithsonian today receives virtually no direct funding from the Federal government, their research tasks are funded by the National Science Foundation, a mixture of public and private funds administered and governed at the top level by the Rockefeller Foundation. This results in “scientific research” that picks chooses what they want the public to know and ignoring, hiding, or even destroying evidence that doesn’t fit the “mission”. This is particularly true of giants, pygmies, pre-Columbian contact, or lost civilizations. The Smithsonian is the de facto “keeper of the Hidden History”.