Robots Can Help You Be More Human, Camouflage Robot 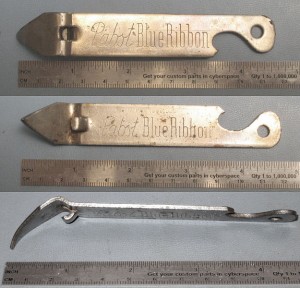 Note: For those too young to remember a Church Key is a beer opener.  In the days before flip-top cans the beer distributors would throw two or three in a case of beer. What does this have to do with robots? Aren’t they both made of metal??

As we watch the Controllers take over the work force of humans now we find that “they” can help us be more human.  All I ask is that they have a handy church key screwed into the robot’s butt, then I won’t even have to get out of bed.  Let Will Smith worry about the robots.. . . EDITOR

“Please prove you are not a robot.”

How many times have you seen this as you try to squint your eyes and figure out “is that a t or a q?” typing in some random set of letters to prove you are a human to be granted access to sign into your bank account, Gmail account, etc.? Our entire lives are inundated with machines. Just recently, a friend and mentor, Ashley Bekton, who is a one woman show and a huge supporter of mine, commented on my “detox from technology” article. She mentioned to me that it was almost like we were living in the matrix, rushing through meals so we can get back to our computers, sitting across from the people we love, only to be looking at our texts the whole time. We all seem to blame technology for our issues, when maybe we should start recognizing that we are the ones that have lost the control; it’s not technology’s fault it’s our own! . . . Read Complete Report

The robot uses colour to either stand out from its surroundings or blend in, as Stephen Morin from Harvard University describes here (Video produced by the journal Science)

A robot that can change colour to either blend in with or stand out from its surroundings has been created by scientists.

The machine, designed by researchers at Harvard University, was inspired by the camouflage skills of sea creatures such as octopuses, cuttlefish and squid.

Like these cephalopods, the robot has a soft, rubbery body and can move with flexibility.

The study is published in the journal Science . . . Read Complete Report w/ Video