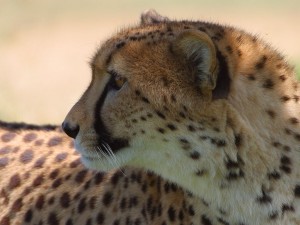 Robots are already stronger than humans, able to lift thousands of pounds at a time. In many ways, they’re smarter than people, too; machines can perform millions of calculations per second, and even beat us at chess. But we could at least take solace in the fact that we could still outrun our brawny, genius robot overlords if we needed to.

Until now, that is. A four-legged robot, funded by the Pentagon, has just run 28.3 miles per hour. That’s faster than the fastest man’s fastest time ever. Oh well, ruling the planet was fun while it lasted. . . . Read Complete Report