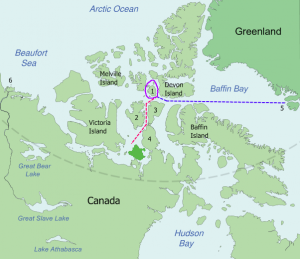 Success in the Arctic a result of exceptional partnerships

“The search for the lost Franklin vessels continues, but I can unequivocally say that this year’s survey was by far our most successful one to date,” said Minister Kent. “I would like to congratulate all our amazing partners who were part of this Canadian-led research team. They reached new heights with this project, and I look forward to seeing what new possibilities open up in time for next year’s continued search.” . . . Read Complete Report

Sir John Franklin’s ill fated north west passage expedition in 1845 which cost the lives of all the men taking part. The remains of some of these men who died early on were later found still well preserved in their icy tombs160 years after the disaster..