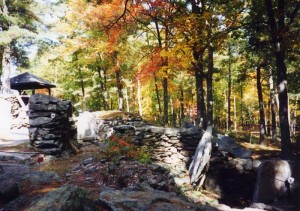 What are some of the most bizarre ancient unexplained mysteries in the United States?  Surprising to most people but there are a good number of ancient structures and carvings that have baffled scientists and researchers for decades now that are found throughout the country.  Many of these ancient discoveries seem to point to explorers discovering America hundreds and even thousands of years before Columbus did.  Listed below are some of these ancient discoveries.  Please feel free to comment on what your opinion is on these strange sites. . . . Read Complete Report

Published on May 25, 2012 by DoctorColonelGonzo

Stonehenge located in Salem New Hampshire? There’s a lot of theories about America’s Stonehenge which was once known as Mystery Hill. Who built the stone chambers in the woods of New Hampshire? Was it Irish Monks? Is this place proof of Bronze Age settlers? I took a visit to the site in what is considered to be one of New Englands great mysteries. . . . Text posted with video on youtube