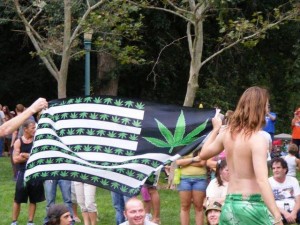 The second annual Idaho H.O.P.E. Fest, Boise’s only hemp rally, is coming up on Sunday, September 30 at Ann Morrison Park. The gathering — to educate the public on the many uses of hemp — is designed to promote awareness on the reform of marijuana laws in a positive and polite atmosphere, according to organizers.

H.O.P.E. stands for Hemp Offers People Everything, and this year’s event has a number of goals:
• To collect signatures on Compassionate Idaho’s Citizens Initiative seeking to legalize medical marijuana for Idaho’s seriously ill patients
• To promote the re-legalization of industrial hemp
• To educate the public on the growing cannabis industry, a legitimate market providing jobs and economic growth to states that have legalized its medical use
• To push for public discussions on the reform of Idaho’s archaic and unjust cannabis laws. . . . Read Complete Report
from youtube

Theresa Knox shares her experience of being arrested on her way to the first annual Boise Hemp Fest – www.idahohopefest.com

The Union – The Business Behind Getting High (Full Movie)

Uploaded by WakeUpAndLegalizelt on Dec 28, 2011