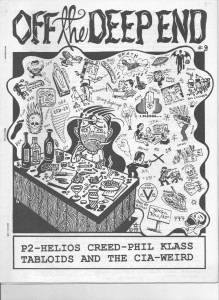 Tim Cridlands Off The Deep End

Russian scientists are set to pierce through Antarctica’s frozen surface to reveal the secrets of an icebound lake that has been sealed deep there for the past 15 million years.

Alexei Turkeyev, head of the Russian polar Vostok Station, told Reuters by satellite phone that scientists have “only a bit left to go.” His team has been drilling for weeks in a race to reach the lake — buried 12,000 feet beneath the polar ice cap — before the end of the brief Antarctic summer. Continue @ redOrbit (http://s.tt/13SLq)

Next Step: Go to the Center of the Earth

It may not be a journey to the center of the Earth, but it could be the closest thing yet.

Scientists are planning to drill all the way through the planet’s miles-thick crust to Earth’s deep, hot mantle and retrieve samples for the first time. . . . Complete National Geographic  report.

The big question is; Whatever the findings will we be told the truth?  History says no.

Psss. Psss . . .Before you accept the establishment scientific community explanation about the make-up of our earth go DEEPER into the SUBTERRANEAN WORLD  or HOLLOW EARTH section of THEI right here on site.  A good place to start is “Letter to a Skeptic” there is established scientific fact that may amaze you. . . To read much of my Polar studies in regards to the Hollow Earth Enigma go to the section  Admiral Byrd/Polar Mysteries . . . EDITOR