Brazilian Man Walks into His Own Wake 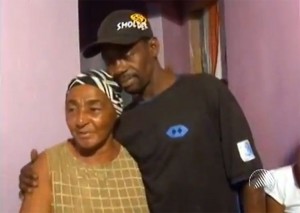 Everyone thought Gilberto Araujo was dead—then he walked into his own wake.

The 41-year-old’s family had planned the funeral for the car washer, and they were already grieving him at his wake…but then Gilberto showed up at the ceremony to let them know he was just fine, according to the Miami Herald.

Not surprisingly, his appearance caused quite the scene. People fainted, others ran away, presumably thinking they has seen a ghost. Gilberto’s mother, of course, was “overjoyed,” she said in the Miami Herald article. . . . Read Complete Report

Man Shows Up Alive At His Wake

A family from Brazil had the scare of their lives when the relative they thought was dead, turned up at his own wake.

Category: It's a Strange World After All / Tags: Brizilian, his, man, own, wake, walks