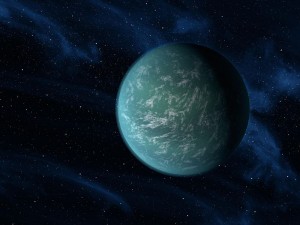 (Reuters) – An Anglo-German team of astronomers has discovered a new planet orbiting a nearby sun at just the right distance for an Earth-like climate that could support life.

The team actually found three new planets orbiting the star 44 light years away, but only one of them is in the so-called Goldilocks Zone, the band around a sun where temperatures are neither too hot nor too cold for liquid water to exist. . . . Read Complete Report