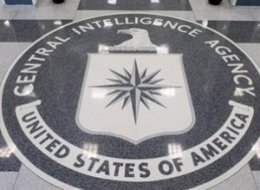 WASHINGTON (CN) – Investigators once tasked with examining the assassination of President John F. Kennedy claim in court that the CIA won’t respond to requests for records it might have on covert surveillance of them.

Dan Hardway, Edwin Lopez and G. Robert Blakey each worked on the House Select Committee on Assassinations in the late 1970s. Hardaway and Lopez, who are now attorneys in West Virginia and New York, respectively, served on the committee as investigators from 1977 to 1978.

Blakey, now retired, was a government attorney and law professor at Cornell and Notre Dame who also served as chief counsel and staff director for the committee until its dissolution in 1979.

In a lawsuit filed Wednesday in Washington, D.C. federal court, Hardway, Lopez and Blakey say they filed a Freedom of Information Act request in May, requesting “201 files” or “soft files” on themselves. . . . Read Complete Report