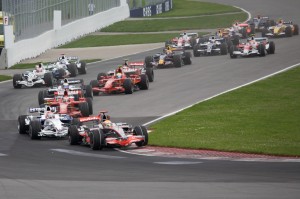 Apr. 26, 2013 — Drive technology has an electric future — of this Fraunhofer research scientists are in no doubt. At the Sensor + Test measurement fair in Nuremberg from May 14 -16, they will use an electric racing car to present novel solutions for battery management and electronic sensor systems together with an industry partner. The scientists are following a new trend, as even FIA, the governing body for world motor sport, federation of the world’s leading motoring organizations and organizer of Formula 1, is planning a racing series for electric vehicles. . . . Read Complete Report

And while on the subject of Electric Race Cars. . . take a ride in one!

The Electric BMW M3 E36 from Pikes Peak built by EV West at Oceanside Motorsports for a BMW CCA event with Bill Caswell as a guest speaker. The M3 does some drifts and i catch a ride on it. Credit to Neil for the awesome driving. . . Description published w/video.