‘Mexico’s war on drugs is one big lie’ 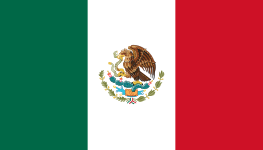 From The Guardian by Ed Vulliamy The Observer, Saturday 31 August 2013

Anabel Hernández, journalist and author, accuses the Mexican state of complicity with the cartels, and says the ‘war on drugs’ is a sham. She’s had headless animals left at her door and her family have been threatened by gunmen. Now her courageous bestseller, extracted below, is to be published in the UK.

During January 2011, Anabel Hernández’s extended family held a party at a favourite cafe in the north of Mexico City. The gathering was to celebrate the birthday of Anabel’s niece. As one of the country’s leading journalists who rarely allows herself time off, she was especially happy because “the entire family was there. There are so many of us that it’s extremely difficult to get everybody together in one place. It hardly ever happens.” . . . Read Complete Extensive Report