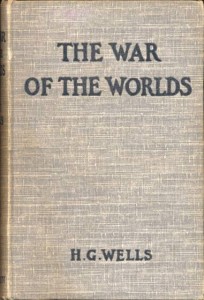 Featured Image: First edition cover of the novel “The War of the Worlds” by H. G. Wells. (1898) The image is in public domain. SOURCE: Wikipedia Commons (Public Domain)

The Night America Trembled 1957 is probably one of the best films I have seen that proves, at least to me, the point that Americans have always been gun happy freaked out paranoid hicks . . . From Description published with video.

THE WAR OF THE WORLDS