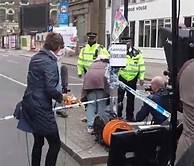 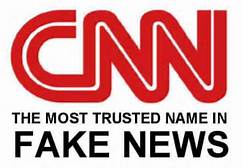 CNN Gets Caught Pretending Their Cameraman Is A Regular Protester! [WATCH]

This is pretty unbelievable. CNN is caught red-handed pretending they’re talking to an average person on the street. But the person is anything but average. You kinda have to see this to believe it. Lee Camp breaks it down on Redacted Tonight. 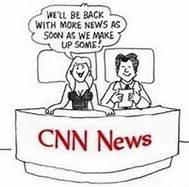 CNN’s Kate Bolduan starts yelling and pointing her finger in the face of a panelist who doubts the “anonymous sources” the mainstream media keeps citing about evidence Trump and the Russians working together to steal the 2016 Presidential Election. Media analyst Mark Dice has the story. Copyright © 2017 – Subscribe now for more videos every day! http://bit.ly/1QHJwaK

Here’s the Trump TV ad that CNN refused to air, because of a one second clip which showed Wolf Blitzer, Rachel Maddow, Scott Peley, and other TV “journalists” with the words “Fake News” super imposed on their faces. Media analyst Mark Dice has the story. Copyright © 2017 – Subscribe now for more videos every day! http://bit.ly/1QHJwaK