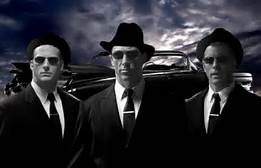 Who Are The Men In Black?

S01E10 – Who Are The Men In Black? – Government agents of suppression? Or extra-terrestrial visitors in disguise? Who are the Men in Black? And could recent CCTV footage finally provide proof of their existence? This week on Bedtime Stories, we pull back the veil on these highly mysterious individuals. 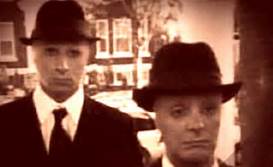 The Men in Black are creepy government, or alien, men who just act… well… generally pretty creepy. They follow up alien sightings, but are they real? Here are 5 crazy men in black experiences!

Chilling Encounters With The REAL Men In Black

Here we explore the real Men In Black… mysterious agents that are hellbent into silencing anyone who stumbles across sensitive highly classified information. We also penetrate deep into a late night bed room encounter, ex-paranormal researchers, and creepy found footage.

MIB Are Following ME!!! Scary Men In Black Encounter Caught On Video 2016 La Roux Has Been Tracked By The MIB For Over 30 Years After Being Abducted By Aliens When He Was 3 Years Old! Now He Shares Exclusive Video Footage OF the Mysterious MIB!

In this video Dan Akyroyd describes how his SciFI television series “Out There” (about UFOs and abductions) was abruptly cancelled – without explanation – only hours after his bizarre encounter with a menacing looking man who emerged from a black sedan, on a New Your street. The men in the car and the vehicle, according to Akroyd, practically vanished in front of his eyes as he took a smoke break during taping of the final episode of the show. The show was cancelled, two hours later, and no episodes have ever been aired. 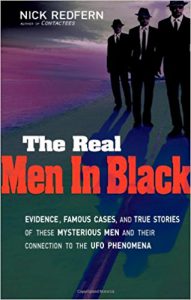 Nick Redfern the little problem of the Men in Black