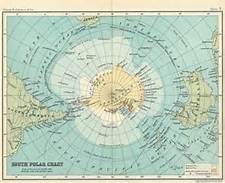 “We’re still trying to figure out what’s going on.”

A hole as large as Lake Superior or the state of Maine has opened up in Antarctica, and scientists aren’t sure why it’s there.

The gigantic, mysterious hole “is quite remarkable,” atmospheric physicist Kent Moore, a professor at the University of Toronto’s Mississauga campus, told me over the phone. “It looks like you just punched a hole in the ice.”. . . Read Complete Report