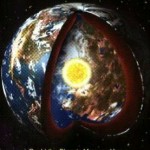 Jan Lamprecht’s new Kindle edition is out! Now everyone can get a copy of what constitutes the core of knowledge of hollow planets. And you don’t have to worry about the government and the FAA outlawing Amazot delivery drones. It’s available for download right now.

Jan Lamprecht’s Hollow Planets is BACK!!

Jan Lamprecht’s Hollow Planets is BACK!!

Out of print for years now, copies are selling on line at up $130. And if you have one, you should probably think twice about letting go of it. For the rest of us, there is still hope, because an ebook version is nearing release through Grave Distractions Publications. It will be available in multiple formats (Nook, Kindle, Smashword, etc.) within the next couple months. Final pricing is not yet decided, but because of the length and copious illustrations by Billy B. Baty, it will end up as “fairly high end” for an ebook, but far, far less than the last print copies “in the wild”. If you would like direct email notification upon release, send a request to brian@gravedistractions.com

On the off chance, you don’t know about this book, I highly recommend checking out the reviews and details HERE

One particular review, the one directly below, exemplifies the credibility of Jan’s work.

Jan, I am just returned from our successful solar eclipse expedition, having left Turkey less than one day before the earthquake struck. I found over 400 waiting e-mails, not to mention numerous other deadlines needing attention. One of the items of waiting mail was your book, which I thank you for sending. I glanced at the book, and despite my backlog of urgent matters, cracked it open, thinking it would be easy to establish that it could be shelved for good. From the title alone, I immediately had two objections that demanded answers — how to reconclie a hollow Earth with seismic data, and how to reconccile it with Earth’s gravity field as established by artificial satellites. I soon found that you had dealt with the seismic data issue head-on, and offerred an intriguing alternate explanation. For merely showing us all that the inferred density profile of Earth’s interior is not a unique solution of seismic data — an important constraint for all theoreticians working in that area — the book had already made itself worthwhile. [snip] That summarizes my quick first impressions. I hope to look at some of your other chapters after I regain control of my schedule by catching up on deadlines. Best wishes. -|Tom|- —Dr Tom Van Flandern (astronomer, formerly U.S. Naval Observatory)
Of course, as soon as the e-edition becomes available, we’ll post links. Stay tuned!
Category: Hollow Earth/ Subterranean Worlds, THEI Store / Tags: ebook, Hollow Earth, Hollow Planets, jan lamprecht
Site built and maintained by Possum Holler Studios