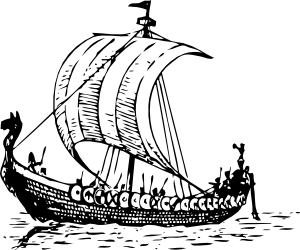 A hoard of silver found by a metal detector has provided intriguing new clues to a previously unknown Viking king, the British Museum announced on Wednesday.

Found some 16 inches beneath the surface of a field in Silverdale, a village in north Lancashire, UK, the hoard materialized as Darren Webster, a 39-year-old stonemason, lifted a lead box signalled by his detector.

A shower of 201 pieces of silver revealed an abundance of arm-rings, brooch fragments, ingots and coins. . . . continue