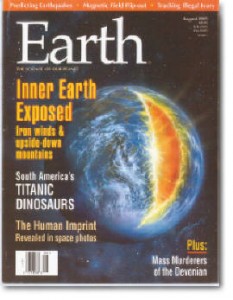 Science and the Hollow Earth Theory

” We hve stated a theory of the constitution of the earth and all of the other planets” . . . [that they are hollow] . . . “and there is in the interior of the earth a sun which warms it and gives it light.’ . . . Marshall B. Gardner

There have been many new findings by the establishment scientific community regarding the makeup of our planet.  Some of the latest findings fit the Hollow Earth Theory’s claims just as well as the accepted theory… in many cases  the establishment findings forces them to adjust their theory to fit new known facts.  Surprisingly these same facts, when using the Hollow Earth Theory, fit without any changes to the theory.  Some of these findings can be reached from the links on these pages. . . . Read Complete Article w/links to Scientific reports