The Never-Ending Story of the War on Drugs

While I don’t see anything revealed in this video about James Comey having direct ties to El Chapo, I would be very surprised if there was absolutely nothing between them. All the alphabet agencies are in the business of first using then burning assets like El Chapo.

While “we” got El Chapo, “we” let a few dozen folks who operate in very similar manner go on about their business. Because “we” benefit from it. The Great War on Drugs must go on and “we” have to show a win once in a while. Or, as in this case, “we” will stage a win.

The last 40 seconds of this video should be enough to convince anybody that the War on Drugs is nothing more than a giant game of Red Rover, where every player has a role.

It has been over one month since the latest dangerous piece of legislation meant to infringe on Americans’ constitutional rights was introduced, and Congress is now moving forward with the bill that will have serious ramifications for all Americans by blatantly violating the freedoms guaranteed by the Fourth Amendment if it becomes law.

The USA Liberty Act has passed the House Judiciary Committee by a vote of 27-8, and as Congressman Justin Amash noted, all privacy advocates should be concerned about the overwhelming support the bill is receiving from Congress.

“The Liberty Act passed committee 27-8. It allows the government to search our private data without a warrant—in violation of the 4th Amendment,” Amash wrote on Twitter. “It’s another bill, like the Freedom Act, that furthers violations of our rights under the guise of protecting our rights.” . . . Read Complete Report

How Google is ‘SPYING’ on you

How Google is ‘SPYING’ on you: Firm’s voice assistant records and keeps conversations you’re having around your phone when you least expect it

You would be forgiven for thinking that your private conversations were just that, but Google‘s Voice Assistant could be recording everything you say.

The feature is designed to allow users to talk to enabled gadgets to search the web, launch apps and use other interactive functions. . . . Read Complete Report 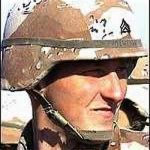 TRANSCRIPT AND SOURCES: https://www.corbettreport.com/?p=14714 Timothy McVeigh. We’ve been told so much about him, the Oklahoma City bombing, and what it meant for America. But what if it’s all a lie? Join us today for this special Corbett Report podcastumentary as we examine the multiple trucks, multiple bombs, government informants, faked executions and other pieces of information suggesting that McVeigh was not a “lone wolf bomber” at all but a sheepdipped special forces operative working for the government, exactly as he claimed. 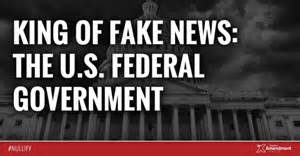 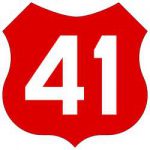 SHOW NOTES AND MP3: https://www.corbettreport.com/?p=21121 Rick Falkvinge, founder of the original pirate party and head of privacy at PrivateInternetAccess.com, joins us to discuss his recent article, “Today, the FBI becomes the enemy of every computer user and every IT security professional worldwide.” We dissect the new “Rule 41” that gives American law enforcement unprecedented leeway to break into any computer in the world, the implications this has for a world in which privacy is increasingly a thing of the past, and what people can do to protect themselves from the New Online Order of global FBI operations.
Category: Conspiracy Boogie, Eyeballin' the One World Order / Tags: Enemy. Computer Users, FBI, Rule 41

Will you get lost in the Fourth Industrial Revolution? Most people I asked don’t even know what that is, but it’s happening all around us right now. This system is about technological evolution… evolving us.

Our great country has been taken over by a sick, repulsive bunch of no-good bastards.  We here at THEI have offered up tons of evidence, over and over for the past 20 years.  If you don’t believe this spend some time going through our archive, (4030 posts), this is not Conspiracy Theory, this is fact! I realize that  most Americans have never even heard of THEI, however this evidence is available all over the internet.

If Americans do not wake up and start to do something about this theft of our freedoms and the damning of our children soon, the chance will be lost.  I and many others are screaming out about this problem.  I don’t know what else to do. Noone is paying attention.  We are DOOMED. . . Your Editor Dennis Crenshaw