NZ Astronomer debunks Marshall Masters: There is no brown dwarf star (“Planet X”) in our solar system (With Full Video)

VANCOUVER, BC – In an in-depth ExopoliticsTV interview with Alfred Lambremont Webre, New Zealand astronomer David Greg has refuted beyond a reasonable doubt the claims made by “Planet X” researcher Marshall Masters and his team that the Brown Dwarf star system is in our inner solar system and on a trajectory for a cataclysmic flyby of Earth in the 2015-16 timeframe.  . . . Read Complete In-depth Report w/videos.

IN THE NEXT TEN DAYS? ~Planet X update (Video Report)

Boy an I glad I learned to “duck and cover” in my childhood.  And, I got me a case of pork ‘n’ beans and a couple of cans of spam put away.  I’m prepared.

As far as needing my stash in the next ten days?  Whatever.  .  . EDITOR

When I heard the podcasts, I got sick Do I have ten days to live?
Pattie Brassard sounds credible. . . From description of video.

Famous Civil Defense film for children in which Bert the Turtle shows what to do in case of atomic attack.

The End of the World ~ Revisited (Video Report)

The Day After The World Ended Reports (W/ Videos)

NASA is so sure the world won’t come to an end on Dec. 21, 2012, that they already released a video for the day after. 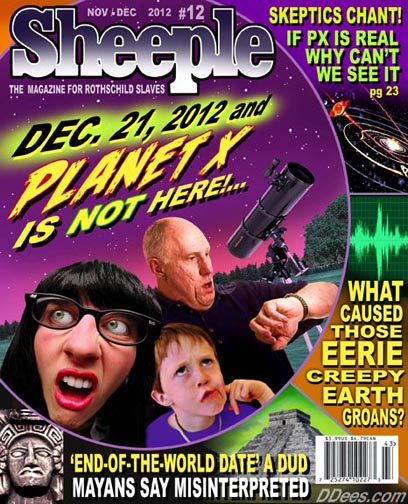 Cartoon of the Year 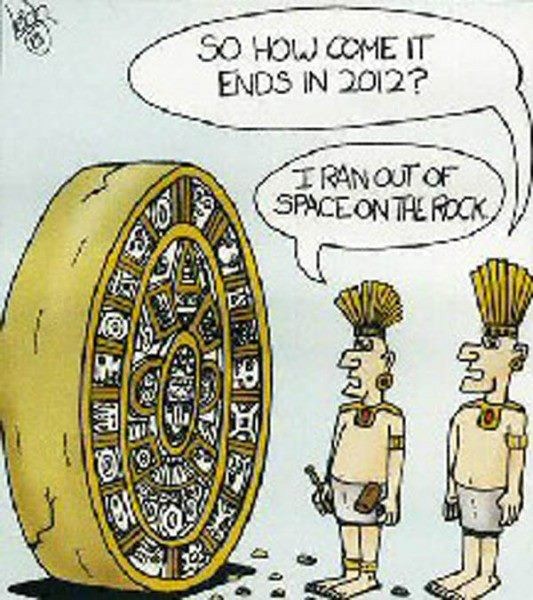 Ushering in a New Mayan Era With Ball Game Re-enactment

Guatemala City residents join in activities, including a Mayan ball game re-enactment, to usher in new era in the Mayan calendar.

Webmasters: Get your own countdown clock for any event @ http://countingdownto.com/create-countdown

The French town of Bugarach is under a veritable police lockdown, hoping to be protected from a horde of doomsday survivalists, while in Parisian financial markets it’s business as usual.

End Of the World Prophecy Sends Crazies Into Overdrive

The world, according to one widely debunked theory, is slated to end on Dec. 21. Around the world the paranoid are readying themselves for Doomsday, a date they believe is predicted in an ancient Mayan prophesy. There’s just one problem: no one seems to know at just what time we’re all supposed to meet our fiery end. ABC News is checking in around the world, as the clock turns to midnight on Dec. 21, to find out if the world has ended — so far, so good. . . . Read Complete Report

Some people think the world is going to end on Friday.

According to believers, this apocalypse could manifest itself in a number of ways. If there is a disaster and you happen to make it out alive, there’s a good chance supermarkets will soon be pillaged and you’ll need access to a steady stream of food.

That means you’ll need to pack your cupboard with shelf-stable ingredients that provide enough energy to help you rebuild society.

Here’s what to grab before the end of the world hits, or during all that looting that’s sure to follow. . . . Read Complete Report

Dollar store survival kit…..not everything you need but it will save you money!!!!!!! agree or disagree i thought i would share….no negative comments please!