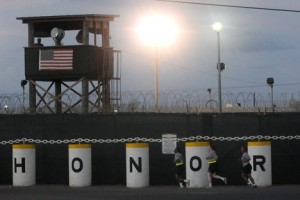 Former CIA agent John Kiriakou was sentenced to 30 months in prison for revealing the identity of a covert officer to a reporter. But originally he was pending charges on the violating the espionage act. Kiriakou is the first CIA official to publicly confirm the use of
waterboarding and other tactics he describes as torture under the Bush administration. His supporters believe he has been unfairly targeted and punished. John Kiriakou and his attorney Jesselyn Radack join us for the details.