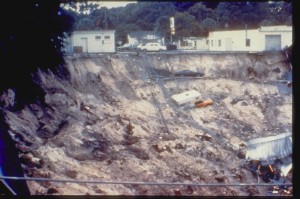 Photo: This sinkhole occurred in 1981, in the time span of one day. (The City of Winter Park later stabilized and sealed the sinkhole, converting it into an urban lake.) CREDIT: NOAA/NGDC, A.S. Navory.

NPR: Strange things happening near massive sinkhole in Louisiana – “Doors pop open by themselves” – You can hear the cracking”

Travel inside a sinkhole

Ever wonder what a sinkhole looks like on the inside? CNN’s David Mattingly dives in for a peek in Florida. For more CNN videos, visit our site at http://www.cnn.com/video/