Designer Drugs: Did Lil Wayne Sip Too Much ‘Sizzurp’? (W/Videos) 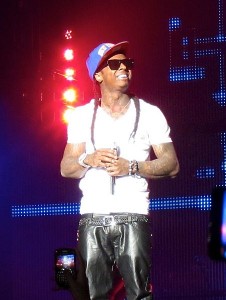 In today’s world things are a little different as youngsters and others simply just dont drink “Big Gulps” any more from 7-Eleven. In fact, some in certain circles are sipping on what is known as “sizzurp”. According to Chris Lee; . . . Read Complete Report

Lil Wayne is still in a medically-induced coma due to bad seizures after an overdose on Sizzurp, also called Texas Tea. Sizzurp is a combination of prescription cough medicine and codeine with other drugs. Mack Maine and friends like Usher at SXSW are urging fans to pray for Reezy while he recovers. We want him to recover, leave a ‘get well’ message for him in the comments if you want to!

News Story talking about the effect that Sizzurp has on the body throughout the Hiphop Community.. I do not own the copyright to this footage