A Conversation With Joshua Shapiro: In Search Of The Blue Crystal Skull – Part Two 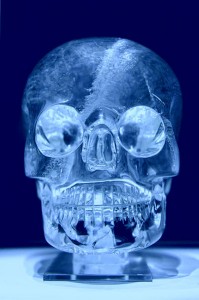 As soon as he pointed to me, then I immediately had a vision. I saw in my mind’s eye a group of primitive people traveling through the jungle and I felt that, as my body was being pulled towards the north, that this was taking place in the northern part of Peru, which is a part of Peru that you normally don’t travel to. Usually you go to the central part, where Machu Pichu and Cusco are, or you go to the southern part, where Lake Titicaca is. But you usually don’t go up to the north because these are the pre-Inca cultures that exist in the northern part of Peru. But I was being pulled there. So when I saw this vision, I just laughed to myself. And it seemed like when these people were in the jungle, the head person, the person leading a single file precession, had his hands held out from his body and was holding an object that I assume was a crystal skullbecause this archeologist had pointed at me saying I knew where one was. . . . Read Complete Report

Category: It's a Strange World After All / Tags: Blue, Conversation, Crystal, In Search Of, Joshua, Part Two, Shapiro, Skull