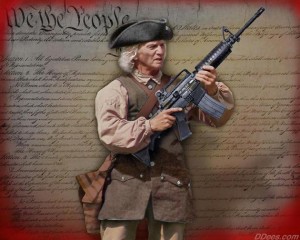 Sheriff Killed For 2nd Amendment Support? Has ‘War’ Been Declared On Law-Abiding Sheriffs & Politicians In America?

Was Mingo County, West Virginia Sheriff Eugene Crum assassinated because of his support of the 2nd Amendment and the US Constitution? It sure seems to me like an AWFUL LOT of 2nd Amendment supporters have been ‘whacked’ lately. What are they doing, getting CIA patsy’sto knock-off law abiding 2nd Amendment supporters one by one? We KNOW FOR A FACTthat the CIA has had the ‘technology’ to program MKUltra assassins since AT LEAST 1954; don’t believe it?  Check out the document below! Something is TERRIBLY WRONG in Barack Obama’s America! How long will America continue to allow these assassinations and the gutting of our Constitution to go on? Please pray for the family of Eugene Crum. . . .  Read complete Report

I stopped taking The New Yorker seriously many years ago.  Even before I crossed the political Rubicon, I started finding its articles, especially Toobin’s legal analyses, silly.  Nevertheless, there was one article that stuck in my mind. Unfortunately, I only remember the overarching principles in the article, rather than the salient facts that would allow me to locate it again.

The story began by telling how elderly Finnish twin brothers were killed within an hour of each other, with each having been struck down by a car while riding a bicycle.  The whole thing sounded highly suspicious, until one started looking at further details:  the men always rode bicycles, they were riding during a busy time on a road shared with heavy traffic, and there was a snowstorm taking place, severely affecting visibility.  Rather than it being the unlikely case of twins dying in the same way at the same time, it became the likely case of bicyclists being hit by cars while biking on a main road during a white-out. . . Read Complete Report