The Conquest of Aztlan: Could Mexico retake the southwestern United States? (W/Video) 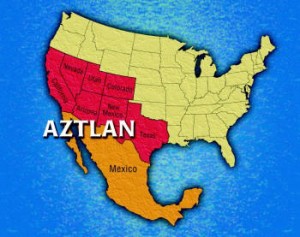 Illegal crossings of the U.S.-Mexico border have doubled recently, and possibly even tripled, since the latest congressional push toward “comprehensive immigration reform” – which many consider a euphemism for amnesty.

Indeed, as journalist Katie Pavlich has reported, some border patrol agents claim illegals are coming to the U.S. in much higher numbers in just the past few months, with data from Customs and Border Protection showing 504 illegals were detected crossing in just one border sector between Feb. 5 and March 1. Only 189 were caught on camera, and just 174 of the 504 were apprehended. Of those spotted on camera, 32 were carrying huge packs believed to contain drugs and several were heavily armed. . . . Read Complete Report

Alex talks with Glenn Spencer, an activist who advocates greater vigilance in securing the United States–Mexico border against illegal immigration. . . .