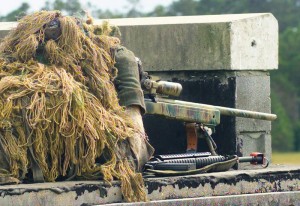 Ah, the good ‘o Boys and their Military/Industrial complex at work. President Ike must be spinning in his grave about now. . . EDITOR

A sniper with a Remington m40 Sniper Rifle waiting for his target. Photo SOURCE: Militaryfactory.com (Public-Domain)

7 Hours Ago by Tim Brown

Back in February, several gun manufacturers decided to boycott law enforcement in states that are hostile to the Second Amendment, states like New York for instance. They would not be providing weapons or ammunition. Within a week that number had grown by over 700%. In the first article I provided information for several gun manufacturers that could be contacted to come on board with this boycott, including Glock, Sig Sauer, Smith & Wesson and Remington. Well, now we know where Remington stands. They stand on the side of government as they have let it be known that they will be staying in New York and they have now acquired a government contract worth $80 million. . . . Read Complete Report