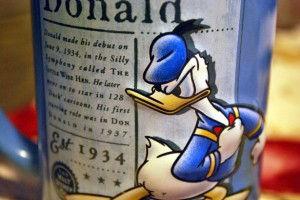 With advice from former CIA operatives and lawyers, Disney bought up the land for Florida’s Disney World and orchestrated a unique legal situation—and set up an unconstitutional form of government.
An excerpt from T.D. Allman’s Finding Florida.

Starting in the mid-1960s when Disney set out to establish the Disney World Theme Park, they were determined to get land at below market prices and Disney operatives engaged in a far-ranging conspiracy to make sure sellers had no idea who was buying their Central Florida property. By resorting to such tactics Disney acquired more than 40 square miles of land for less than $200 an acre, but how to maintain control once Disney’s empire had been acquired? The solution turned out to be cartoon-simple, thanks to the CIA. . . . Read Complete Report

by Disney – Historical footage from 1965 of Walt Disney discussing his plans for the “Florida Project.” Includes a clip from the press conference held on November 15, 1965 in Orlando with Walt Disney, Florida Governor Haydon Burns, and Roy Disney announcing the plan. . . Description posted with video