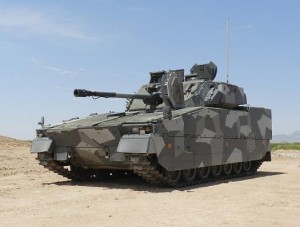 WASHINGTON – Built to dominate the enemy in combat, the Army’s hulking Abrams tank is proving equally hard to beat in a budget battle.

Lawmakers from both parties have devoted nearly half a billion dollars in taxpayer money over the past two years to build improved versions of the 70-ton Abrams.

But senior Army officials have said repeatedly, “No thanks.” . . . Read Complete Report

The M1 Abrams is a military tank produced in the United States. is a main battle tank, the well armed, heavily armored, and highly mobile offensive mainstay of modern armored ground warfare. Notable features of the M1 Abrams include the use of a powerful gas turbine engine, the adoption of sophisticated composite armor, and separate ammunition storage in a blow-out compartment for crew safety. It is one of the heaviest tanks in service. . . . From Description published w/Video.