Benghazi Whistleblower: “You should have seen what (Clinton) tried to do to us that night!” 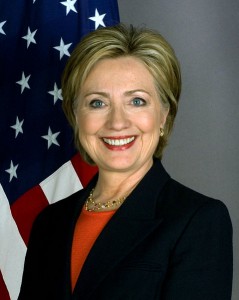 Benghazi whistleblower Mark I. Thompson, a former Marine and now the deputy coordinator for operations in the State Department’s counterterrorism bureau, is expected to level the allegation that former Secretary of State Hillary Clinton and a key aide effectively tried to cut his department out of the chain of reporting and decision-making. His testimony is set to begin on Wednesday before Chairman Darrell Issa’s House Oversight and Government Reform Committee.

But there’s another official Fox News is reporting on.

Fox News has also learned that another official from the counterterrorism bureau — independently of Thompson — voiced the same complaint about Clinton and Under Secretary for Management Patrick Kennedy to trusted national security colleagues back in October. . . . Read Complete Report

Category: Conspiracy Boogie / Tags: Benghazi, Clinton, Hillery, that night!”, tried to do to us, whistleblower, You should have seen what