We know from past research that the Controllers are secretly working on an escape plan to leave the planet in hopes of saving their sorry asses when the big one comes. We also know that due to the problems of a mass evacuation of our planet their contingency plan is to go underground as ancient civilizations have done in the past.

In this Report ‘TAL’ furnishes us with a little insight as to what the elitists have been up to in that direction by examining the controllers military thank tank, the RAND corporation and their on-going plans for the subterranean world being prepared for the elitists.

“Nothing is secret, we just need to know where to look”. . . EDITOR

Compiled from the research of  ‘TAL’

The public face of the RAND Corporation 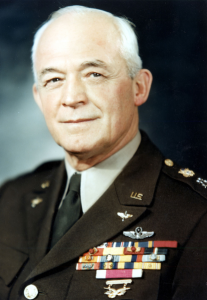 “RAND Corporation (Research ANd Development[2]) is a nonprofit global policy think tank first formed to offer research and analysis to the United States armed forces by Douglas Aircraft Company. It is currently financed by the U.S. government and private endowment,[3] corporations[4] including the healthcare industry, universities[5] and private individuals.[6] The organization has long since expanded to working with other governments, private foundations, international organizations, and commercial organizations on a host of non-defense issues. RAND aims for interdisciplinary and quantitative problem solving via translating theoretical concepts from formal economics and the hard sciences into novel applications in other areas; that is, via applied science and operations research. Michael D. Rich is president and chief executive officer of the RAND Corporation.” . . . Wikipedia

A DEEPER look at the Rand Corporation

. . . journalist and author Alex Abella was allowed exclusive access inside the RAND Corporation to view their archives. What he discovered was a plot driven by mad scientists, behaviorists, and generals who were intent on starting world war three and fleecing the American people in the process. Once he was a skeptic on the subject of conspiracy theories and the new world order, but after his work with the RAND Corporation he is now convinced that this top secret think tank has been pulling the strings of American government for at least 60 years. . . . Read Complete Report

Partial List of Known underground studies released by the secretive group; all available from The RAND Corporation

Some available in FREE PDF downloads.

Conclusions (reached by a relatively small group meeting in conjunction with the Second Symposium on Protective Construction held at RAND, March 24-27, 1959) on the present status and the probable future of research into the underground phenomena associated with air- or surface-burst nuclear explosions. While emphasis in the main symposium was on construction techniques and practical problems, this small working group was principally concerned with the physical phenomena related to the survival or failure of deep underground structures. The range of pertinent phenomena discussed extended from the earliest phases of cratering through the propagation of various waves and included the interaction of these waves with underground structures. . . . Complete Report

A seismic scaling law for underground explosions (1959) by

Observations indicating that the amplitudes of distant seismic signals from underground nuclear explosions are approximately proportional to the total energy release. It is shown that these observations can be accounted for by a simple model which assumes that the nonlinear region close to the explosion is similar for all explosions and that the linear region transmits only low-frequency waves. . . . Complete Report

The effect of plasticity on decoupling of underground explosions.(1960) by

A study of the effect of plasticity, including work hardening, on decoupling underground explosions for cavities designed to give full decoupling according to the Geneva specification (70 cubic meters per ton of explosive energy) as well as small (overdriven) cavities designed to give partial de- coupling. The results show that plasticity plays no role whatsoever for full-decoupling cavities, even those at great depth in which some plastic flow occurs during construction of the cavity. For overdriven cavities at great depth, plasticity affects the decoupling factor by an amount which depends on the degree of overdriving and the depth as well as the detailed stress-strain curve of the medium. For cavities at a depth of about one kilometer and in a medium like salt, which exhibits a reasonable amount of work hardening, the decoupling factor will be at least as great as that obtained in the overdriven Cowboy experiments and could be appreciably greater. . . Complete Report

Urban Underground Highways and Parking Facilities (1963)by George A. Hoffman

An examination of the possibilities for high-volume automotive transportation in the central city by deep underground tunnels and parking areas. The costs of conventional urban surface highways and of underground highways are presented. One interpretation of the data is that before the end of this century, if trends continue, it might be cheaper in many cities to move and park cars underground. Some design and operating features of underground construction and travel are considered. The study concludes with examples of what highway needs might be if all the users of mass transit systems were transferred to passenger cars in Los Angeles, Chicago, and Manhattan, and it offers some suggestions for future study and technical development of the underground-highway concept. . . . Complete Report

A brief review of the recent development of stress-wave-cavity interaction problems pertinent to protective construction of underground openings. It concludes that with elastic, homogeneous, isotropic earth media, the dynamic stress concentration factors for cylindrical, elliptical, and square holes are about 10 to 20 percent higher than those for their corresponding static cases. Elastic liners increase the strength of the hole in relatively soft earth, but not in hard earth such as granite. The sphere is the optimal shape. . . . Complete Report
…………………………………………………….

Description of a very high speed transit (VHST) system operating in its own rarefied atmosphere in evacuated tubes in underground tunnels. Most cases considered took less time to go coast-to-coast (e.g., 21 min) than it takes an aircraft to climb to an efficient operating altitude. VHST’s tubecraft ride on, and are driven by, electromagnetic (EM) waves. In accelerating, it employs the energy of the surrounding EM field; in decelerating, it returns most of this energy to the system. Tunnel systems would be shared by oil, water, and gas pipelines; channels for laser and microwave waveguides; electric power lines including superconducting ones; and freight systems. Environmental and economic benefits are substantial, and the technology for building and operating the system exists. . . . Complete Report

Describes a subway concept called “Planetran” comprising electromagnetically supported and propelled cars traveling in underground evacuated tubes, able to cross the United States in one hour. It is designed to interface with local transit systems, and the tunnel complex also contains utility transmission and auxiliary freight-carrying systems. Tunnels represent a major problem area and most of the cost. They will be placed several hundred feet underground in solid rock formations. It will require advanced tunnel-boring machines, such as hypersonic projectile spallation, laser beam devices, and the “Subterrene” heated tungsten probe that melts through igneous rocks. Planetran is rated as a system high in conservation of energy. For every car being accelerated, there is one decelerating in an adjoining tube. The decelerating cars return energy to the system. The tubes have a reduced atmosphere, making drag losses much smaller than for aircraft. Coast-to-coast energy costs are expected to be less than $1.00 per passenger. . . Complete Report

… Journalist and author Alex Abella was allowed exclusive access inside the RAND Corporation to view their archives. What he discovered was a plot driven by mad scientists, behaviorists, and generals who were intent on starting world war three and fleecing the American people in the process . . . From Description published with video.